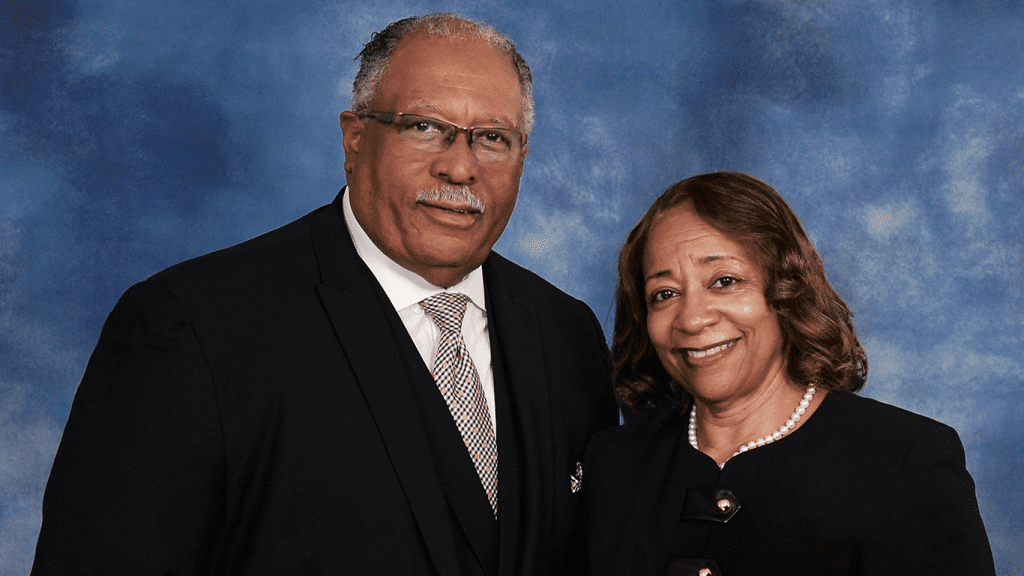 “I envision New Zion Missionary Baptist Church as one filled with Spirit-led people who recognize and meet the needs of our congregation and local community. I see our Church as one that is filled to capacity, invitational, and thriving in robust programming that not only teaches about and practices the Gospel of Jesus Christ, but also, as an extension of the Gospel, identifies holistically with its congregation and community members.”

Please hover the photo, then tap the red dot to read more 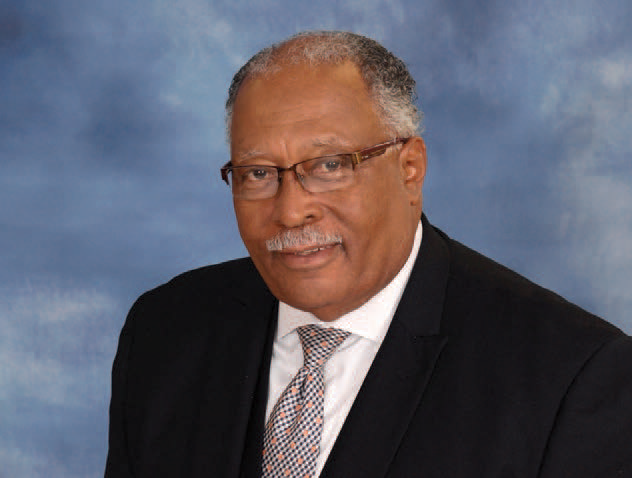 Rev. William Frank Wright, Jr. was born in Aiken, SC to Mr. William Frank and Mrs. Willie Weaver Wright.  He was reared in Nash County, NC and graduated from Nash Central High School.  He matriculated at North Carolina A and T State University in Greensboro, NC and graduated with a Bachelor of Arts degree.  In 1979, he received the Master of Divinity Degree from Shaw University, Raleigh, NC.

Rev. Wright worked for 19 years with Lorillard Corporation in Greensboro, NC and retired as a Manager.  He also served on the Lorillard Credit Union’s Board of Directors.

Rev. Wright was called to the Gospel Ministry in 1975 and was licensed by the Guilford Association and moved forward to continue the Lord’s calling with his first pastorate at West End Baptist Church in Reidsville, NC.

Here at New Zion, we know Pastor Wright to be an old- fashioned preacher who can preach, pray and sing.  He is wrapped in educated packaging, filled with the Essence of Love, and God’s Precious Holy Spirit.  Being one of the descendants of a long line of eloquent South Carolina preachers, Pastor Wright is a regionally renowned evangelist and preaches many revivals in the Virginia, North and South Carolina areas yearly.

Pastor Wright is a member of several community and interfaith coalitions and groups.  Some of which are:  The Guilford County Department of Social Services Board of Directors, the Bicentennial Mosaic Partnership Project, Ole Asheboro Planning Advisory Committee, The Malachi House II Board of Directors, Greensboro Housing Resource Board, Greensboro Fair Housing Board, Greensboro Human Relations Commission, Greensboro 100, NAACP, and the Greensboro Pulpit Forum where Pastor Wright was president for 12 years.  Under his leadership, the Pulpit Forum has undertaken some of the community’s most challenging tasks, i.e., Operation Presence, the Youth and Drugs Program, Community Cal to Action against insensitivity toward the poor and the oppressed.  He led the coalition which undertook the Health March in 1991 and in support of the K-Mart workers in 1996. In 2019, Rev. Wright was selected as one of ten pastors to join Hampton University’s PRIME (Pastoral Renewal Initiative for Ministerial Excellence) program where he mentors other pastors.  He is one of the Faculty of those Flourishing in Ministry.

Pastor Wright is led by God and has achieved many goals in his 40+ years as Senior Pastor of New Zion Missionary Baptist Church, Inc., whose congregation, under the leadership of Pastor Wright was blessed to move into its current $8.1 million state-of-the-art worship facility in August 2016.  However, more importantly, he strives to grow spiritually in the knowledge of Jesus Christ and the Great Commission.

On a personal level, Pastor Wright is married to the lovely, Mrs. Narcissus Hargrove Wright of Henderson, NC.  He is the proud father of four children:  Billy, Wendi, Nicole and Ashley.  He is well known in the Greensboro Community as “Pastor’s Pastor”, a “member’s Mentor” and a Friend to all. 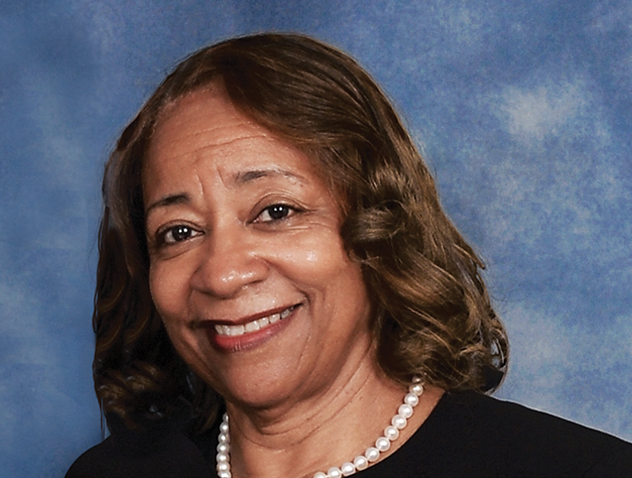 Lady Narcissus H. Wright is well known for her giving spirit and her willingness to serve. She is a prayer warrior who enjoys spreading the good news of Jesus Christ through her daily life. A woman of God who knows that the true meaning of living a righteous life consists of consistently seeking God through faithful prayer life, purposeful praise, and regular worship. She is a firm believer in her favorite scripture. Psalm 118:1… O give thanks unto the Lord; for he is good: because his mercy endureth for ever.

Lady Narcissus was born and raised in Henderson, North Carolina

She is currently the First Lady of New Zion Missionary Baptist Church in Greensboro, NC. She works diligently, in the service of the Lord, with her husband, Pastor, Rev. William F. Wright, Jr. She faithfully serves as Women’s Ministry Women Retreat Leader and Prayer Breakfast Coordinator. She believes that in order to serve God, we must be willing to be loving servants of one another.

Lady Narcissus is grateful to God for a wonderful man of God, as well as their beautiful and gifted family. Being a supporter of the vision of her husband, together they continue to show the love of Christ and consistently employ the spirit of God in their life.

Lady Narcissus’ passion is to ……encourage, inspire, and motivate women.

Another Custom Wordpress site by JeffCrosby